October 08, 2013
WARNING:
I recommend that no one go into water using an IDA-71 rebreather. This system completely lacks modern safety features and it is very likely that diving with a fully functional, mint condition IDA-71 will get you killed. This article is written merely as an engineering study.

DO NOT DIVE USING AN ORIGINAL OR MODIFIED IDA-71 REBREATHER 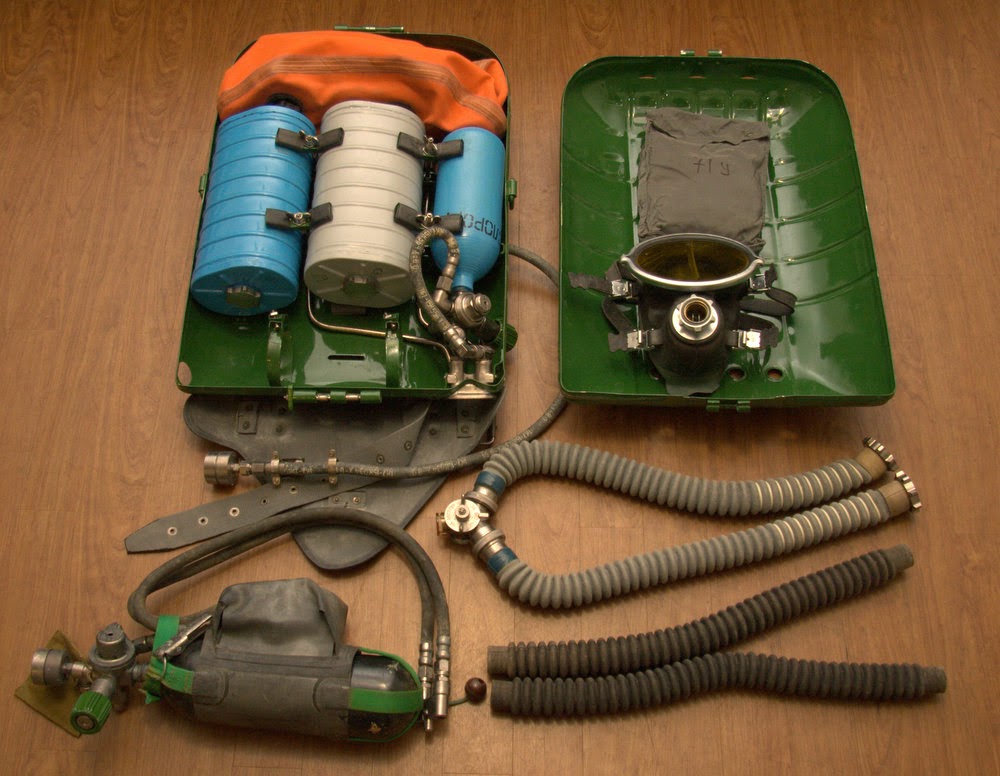 I bought this rebreather a while back from a guy in Latvia or Lithuania, I forget which. eBay is amazing. It's a Soviet Navy IDA-71 closed loop rebreather originally designed to use a type of media that is no longer available (probably something containing Potassium Superoxide). The separate tank with the green and black carrier is the optional Nitrox system. My original idea was to modify it to use modern chemicals, but I haven't had a lot of time to put into it so currently it's just a fancy decoration.

I got as far as disassembling and cleaning everything. This was about 18 months ago. I had a few redesign ideas that I still have scribbled down somewhere, but off the top of my head I have no idea what they were. The main goal was to increase the reliability of the system by replacing passive mechanical controls with redundant, active digital controls and maybe incorporate some sort of gas mixing system. Whether or not I'll ever actually do any of that ... I have no idea. Whatever I do or don't do to it, I'll have to do extensive testing before I ever consider using it.
Diving IDA-71 rebreather Soviet