Why I Need Big Batteries

September 14, 2014
As discussed in the previous post, I put together a few 54V, 20AH Li-iron battery packs for my robot Rocky. Why do I need those? Because Rocky uses three 600W actuators which, after a lot of work, are almost ready to be installed. 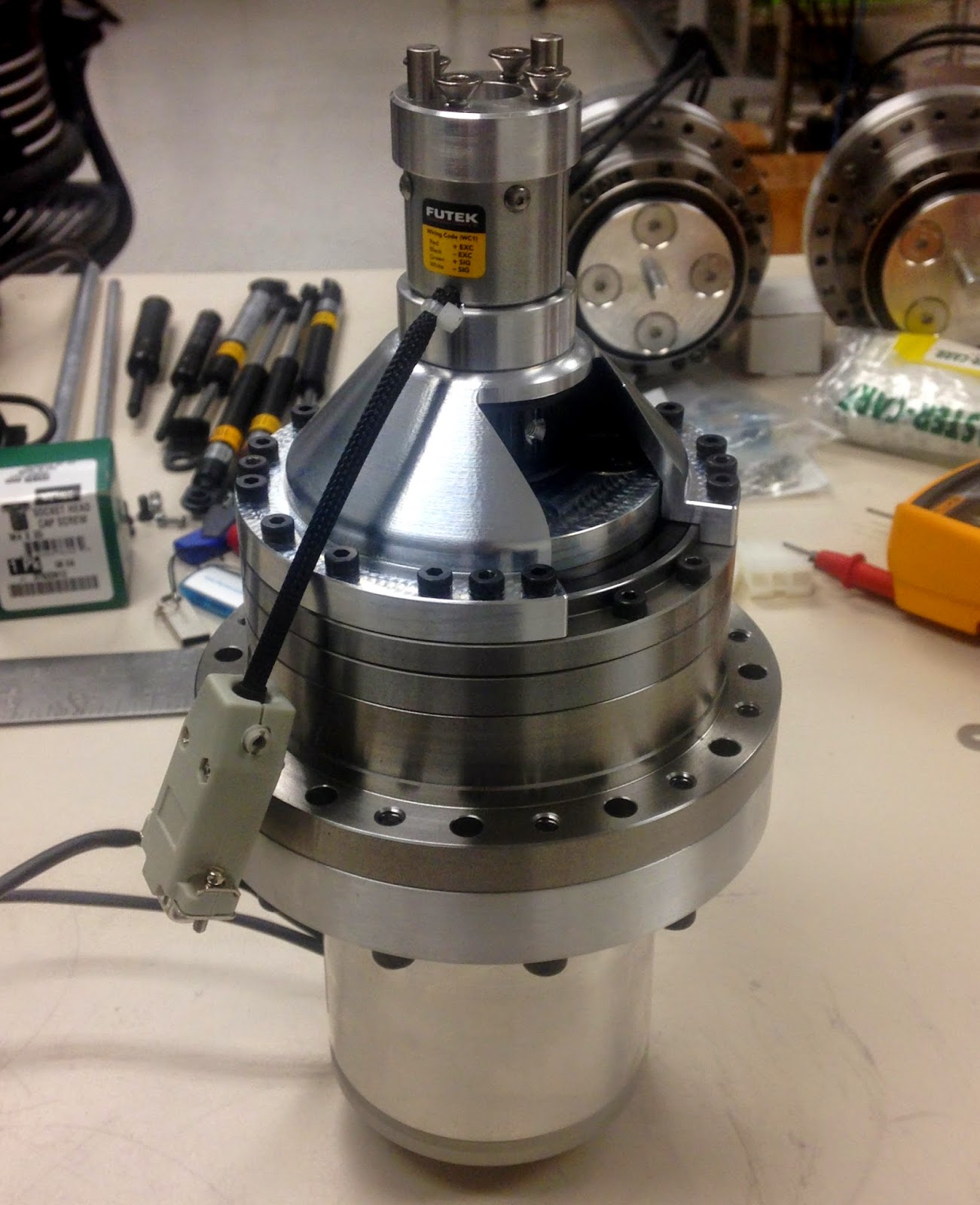 Similar to our previous robot Trikey, Rocky is going to use three of these identical actuators to drive three omni-directional wheels. The actuators are force controlled, which means they need near-zero backlash. To accomplish this, we're using harmonic drives for speed reduction and timing belts for transmission. Actuator torque is sensed using a reaction torque sensor (just a rotational strain-gauge assembly) rigidly mounted to the harmonic drive.

At this point, they're almost complete. We have a few more parts to manufacture and some hardware to buy before we can install them. All of the actuator's applied torque must be transmitted to the vehicle frame through the reaction torque sensor, so that end (top in this picture) is rigidly mounted while the opposite end floats in a radial bearing. I've drawn up a system of waterjet parts that should make this pretty easy to implement. There are easier, cheaper ways to do this, but these actuators are pretty big and space is an issue. Putting the torque sensor on the output end instead of the motor end just fits our configuration better. 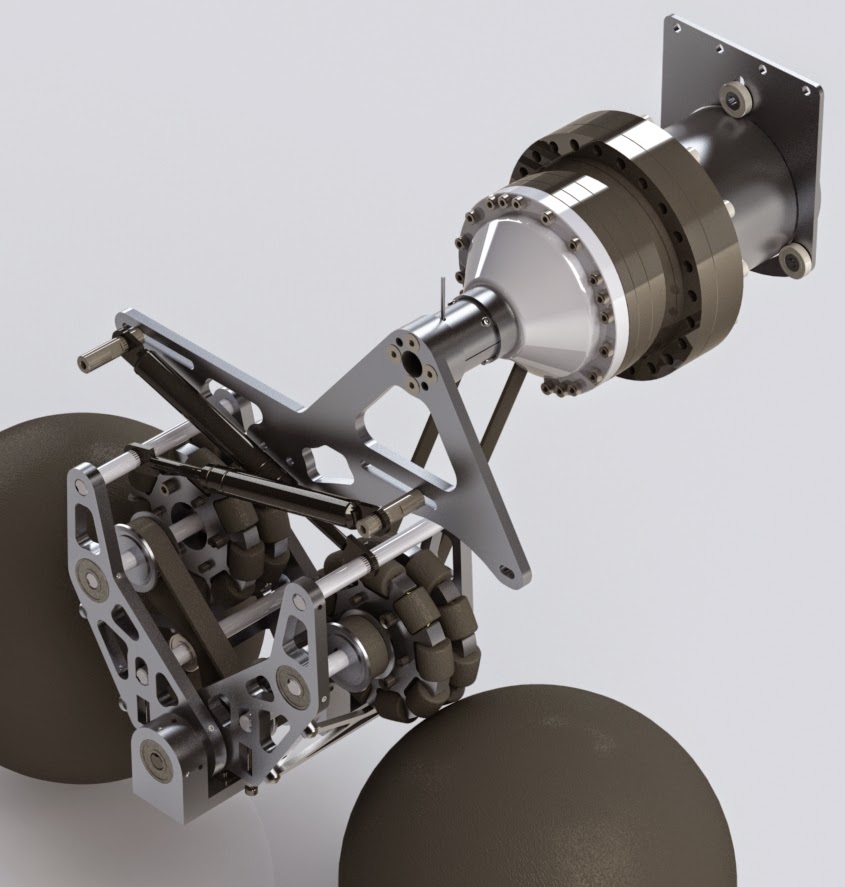 It's exciting to finally have pictures, not just renders. It's taken 17 months to get to this point, and hopefully I'll be assembled and collecting data soon. Fingers crossed.
actuators harmonic drives motors robotics Rocky torque sensors