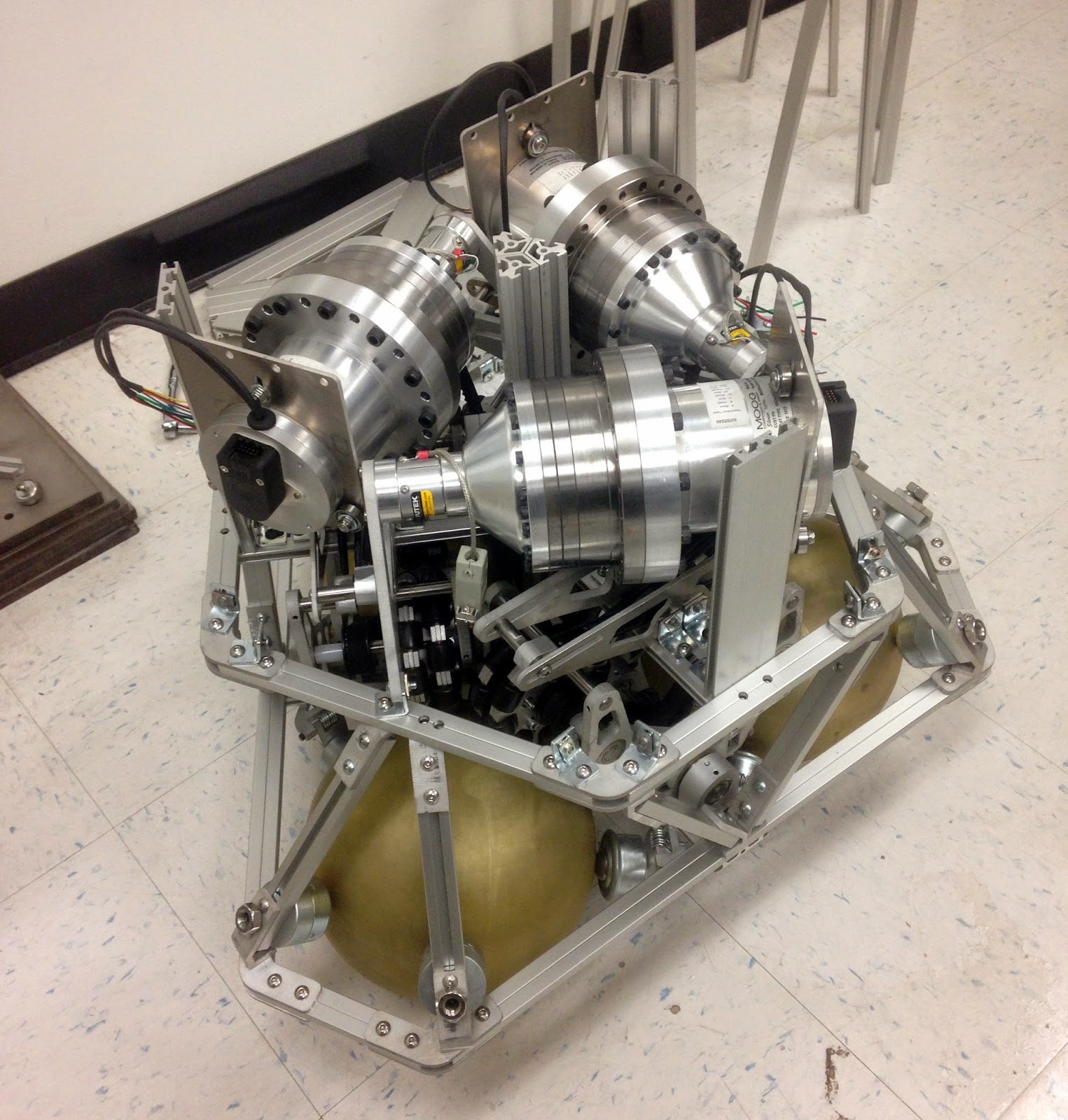 Rocky is almost done. I've been saying that for months, but now it's finally sort of true. Seriously. Mechanically, I'm just doing finishing machining on parts that have already been manufactured, things like countersinking holes and aligning/tuning the drive train and suspension. Oh yeah. The suspension is finally assembled. I don't think I'd mentioned that previously. The gas springs I've used exert 15-25lbf each, and are connected with a mechanical advantage of 1.4-1.6. So that gives me a suspension capacity of ~240lbs, more than Rocky+Dreamer will weigh. I finally received the plasma-coated omni-wheel rollers I ordered, and I've installed those on some of the omni-wheels. They're terrific. It's like we coated all the rollers in extra-rough sandpaper. Otherwise, the actuators are done, the frame is done, and I'm just installing the electronics. 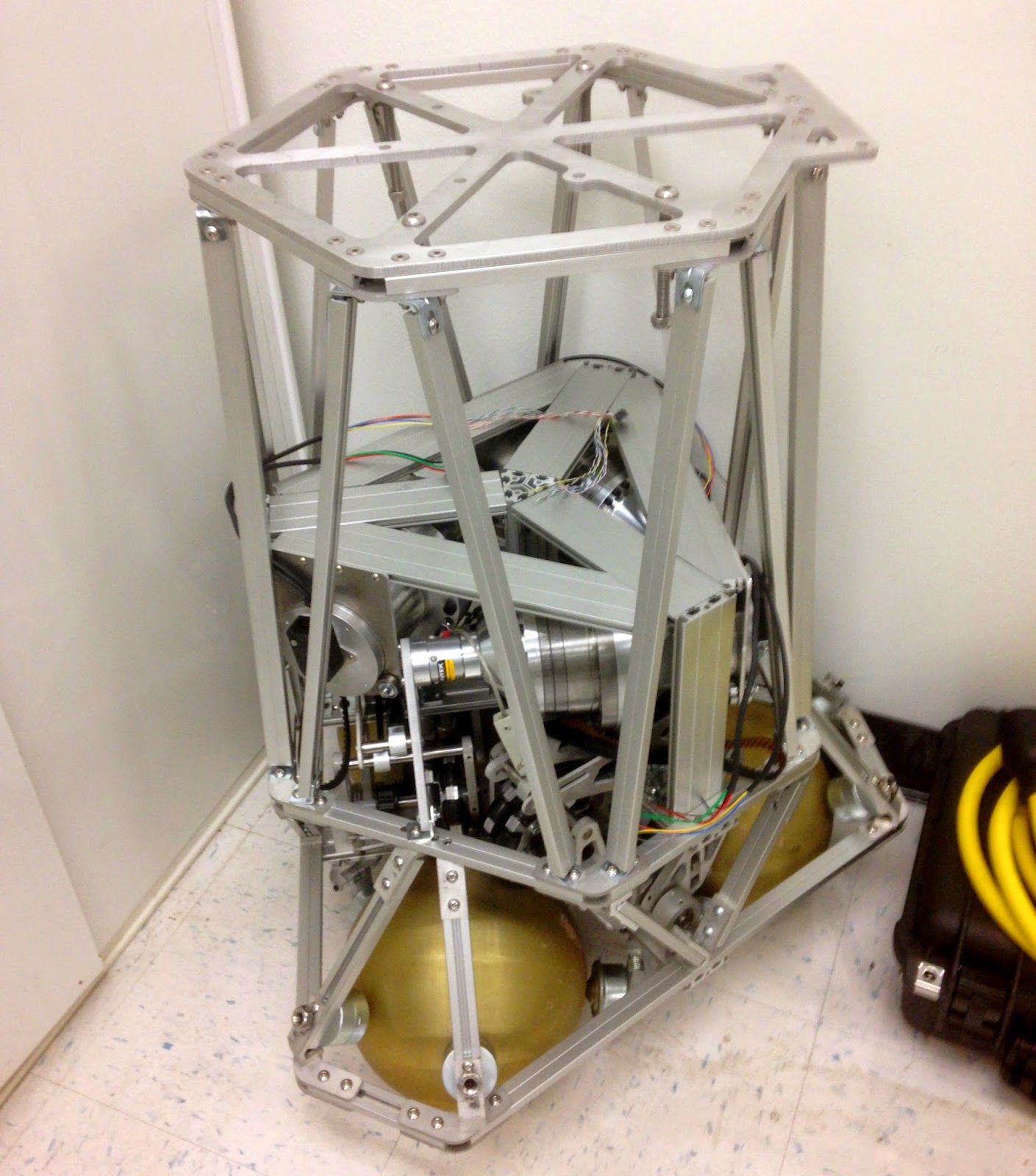 As far as those are concerned, the motor controllers are still untested, for several reasons. I haven't actually run the motor controllers because I haven't finished setting up the drivers for the PCIe card that I use to communicate with the motor controllers because I haven't finished setting up the Linux v2.6 kernel patched w/ RTAI 3.9 .... lots of software work left to do. I did figure out one important problem, however. I realized that my RTAI kernels are compiling properly. The kernels are running just fine and the only thing that's broken is XWindow. I have no idea why, but I really don't care because I'll be controlling Rocky via SSH/ethernet. I was always interacting with Rocky's PC directly via keyboard/monitor up until now, so I didn't realize exactly where/what the problem was. So now I'm just going to disable XWindow and not worry about it anymore. Hooray. 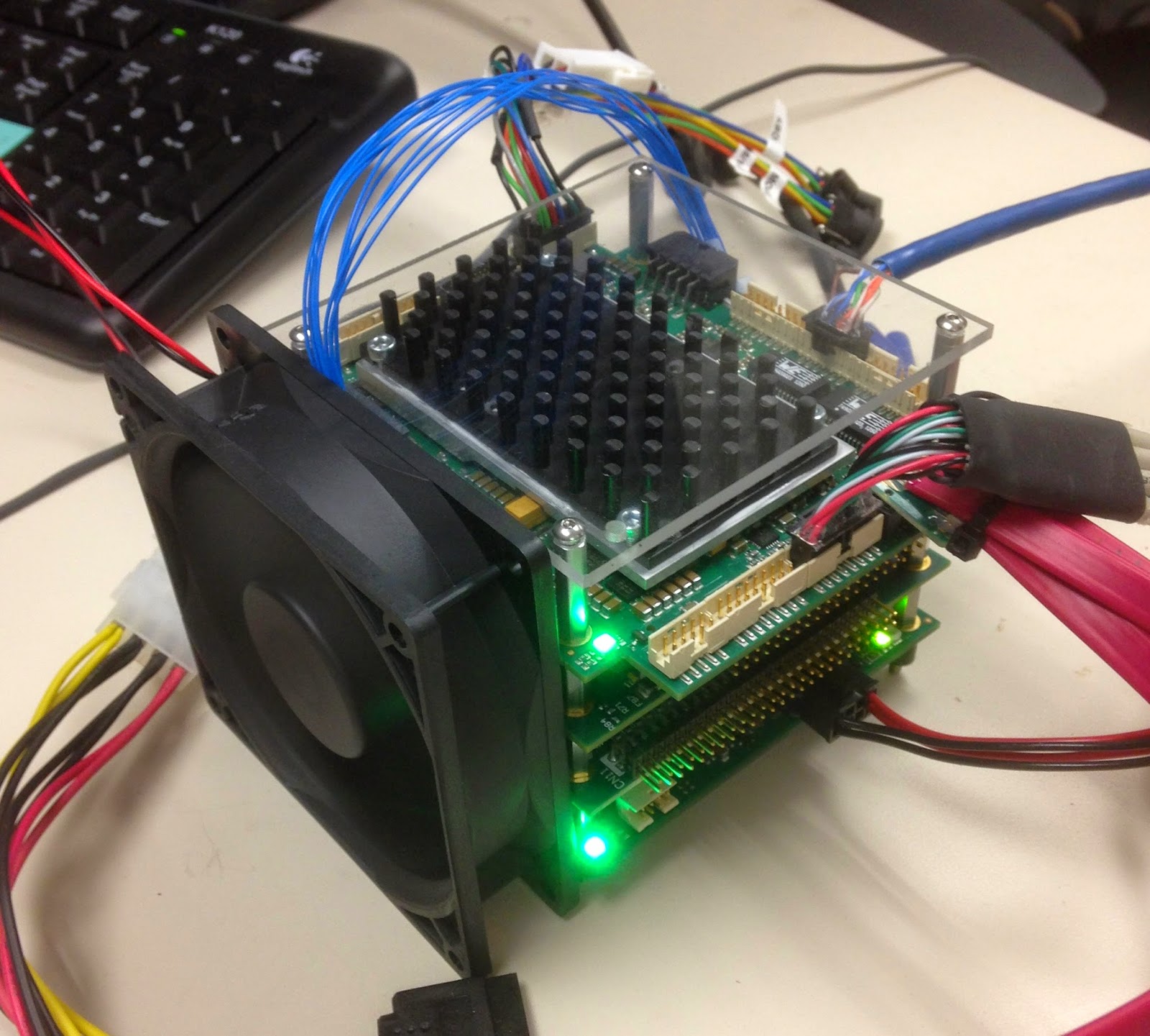 Another big development is setting up the PCIe/104 stack to work inside the robot, instead of on a table. This was mainly just an issue of cleaning up the wiring and cooling. The heatsinks that were provided for the CPU and PSU were extremely oversized, at least twice the size and mass they actually needed to be, so I chopped them down and made a single cooling system for the whole stack. The stack is much smaller and nothing ever goes noticeably above room temperature. I've also finished wiring up the batteries and DCDC converters, so I'm finally running the PC off of battery power. All I have left to do is make racks/mounts and bolt it all into Rocky's frame. I should have that done in the next week or so. Fingers crossed.