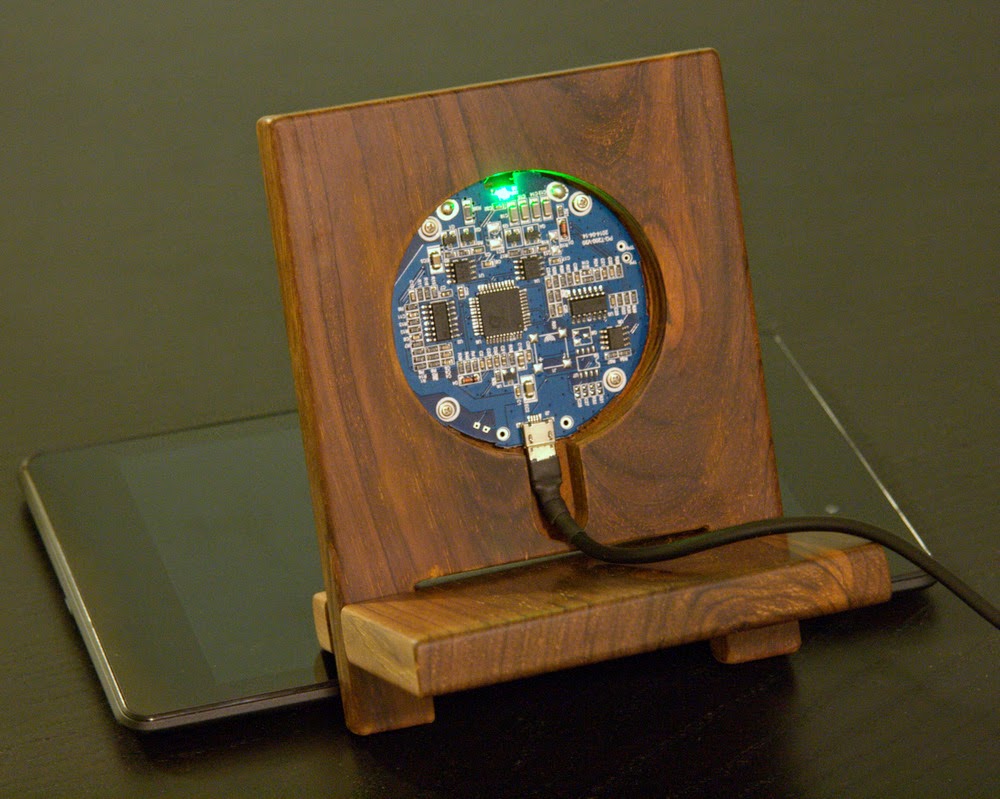 I've purchased several electronic picture frames for my Grandmother in the past, from several different manufacturers, and in every case I have been extremely underwhelmed. The typical resolution is about 640x480, contrast, brightness, and color are terrible, storage is inadequate, construction is bulky and flimsy, and the interfaces are awful. I decided to make an electronic picture frame that doesn't suck. I wanted decent resolution, good image quality, more storage space, and good construction quality. I also wanted some unusual features like the ability to add pictures remotely as I take them and completely wireless operation (my grandmother does not need to deal with microUSB plugs). Part of this was easy. Part of it was not. I had an unused Nexus 7 lying around, so I started with that. Adding Dropbox and Dropsync allows me to move new pictures to the tablet from anywhere in more or less realtime and Photo Slides automatically adds new pictures to the current album and automatically plays them in a slideshow. The only part left was wireless charging. I got a Qi inductive charger, but I wanted something that looked a bit nicer, so I started making a wooden stand for it. 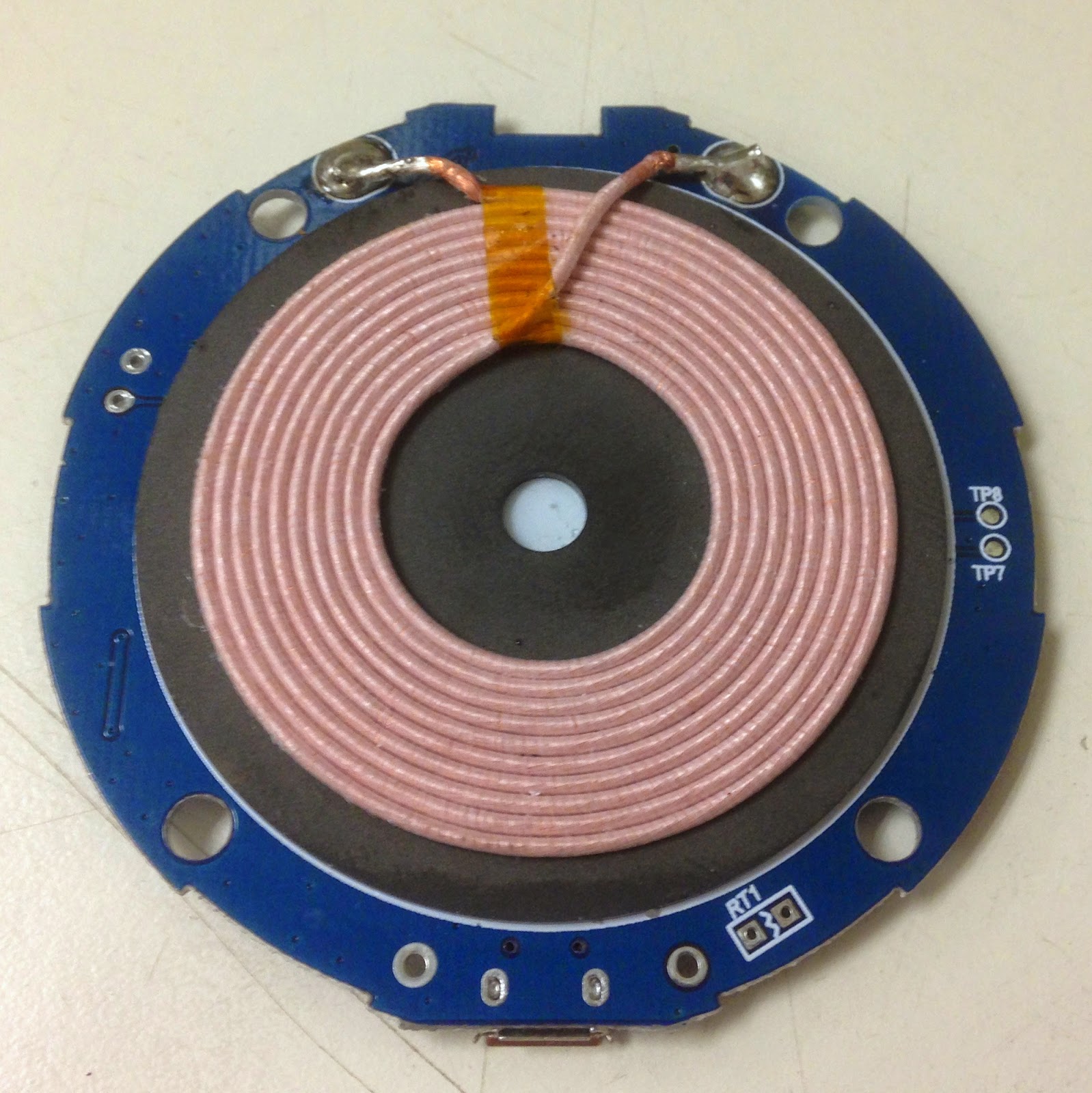 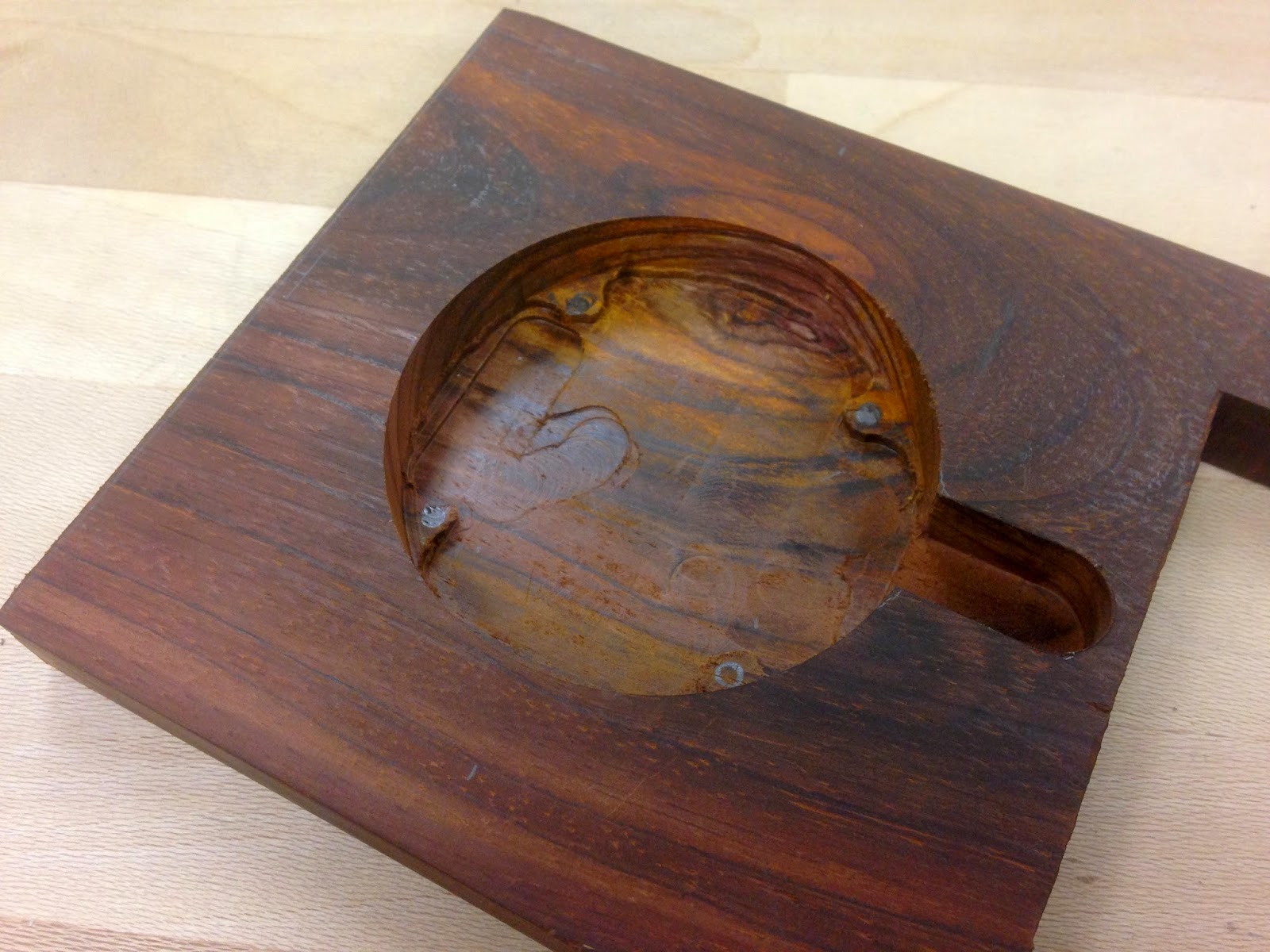 After taking it out of its housing, the charger is pretty simple. It's just a large, thin inductor mounted on a PCB with a USB controller and what I assume are some signal processing and power conditioning circuits. The difficult part is hiding it inside a block of wood. The charger needs to be within about 3mm of the tablet in order to couple with it, and whatever material is placed in between the two must be nearly invisible to the magnetic field. I took a plank of Cocobolo and milled out a recess where I could mount the PCB. The original board was 0.55" thick. After milling, the remaining front face was about 0.010" thick, roughly the thickness of three sheets of paper. It still looks solid from the outside. After mounting the PCB inside, I put a wooden plug over the back, sanded and finished it, and plugged it in. 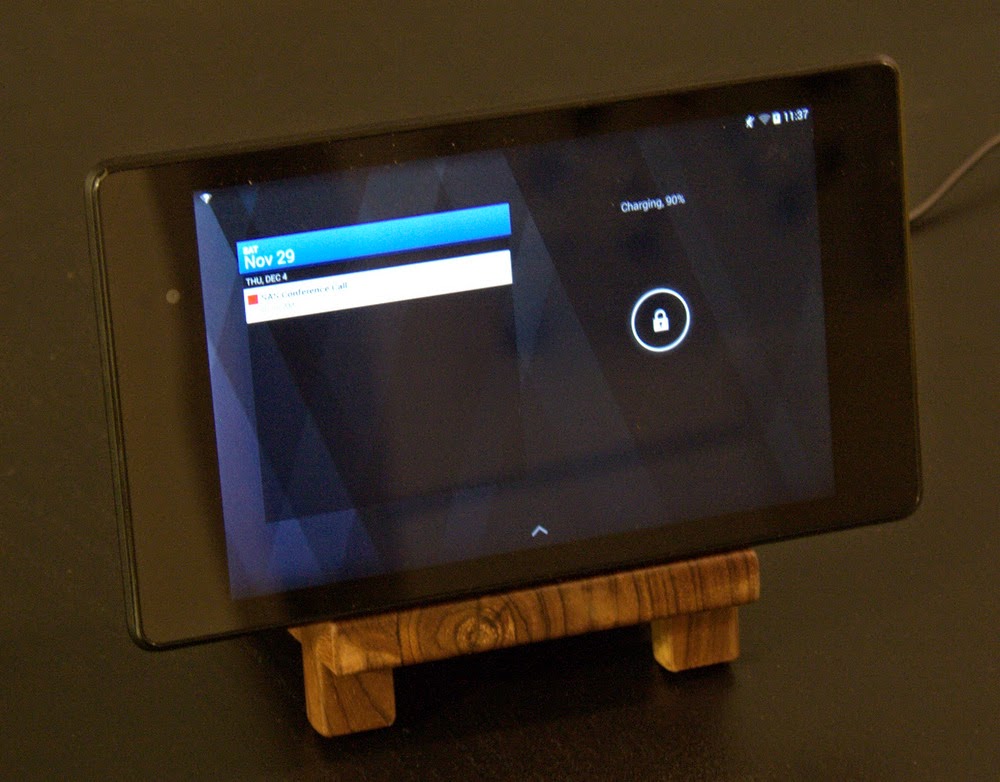 It's not the fanciest carpentry in the world, but it looks decent. You can pick up the tablet, swipe back and forth between pictures, then set it back on the stand and it automatically charges and continues playing the slideshow, no cables to plug in.
Android Carpentry Circuitry Milling