March 28, 2015
In our quest to get our robot Hume running free in 3D, we found the need to upgrade its abduction/adduction motors. They simply weren't strong enough to produce the reaction forces our simulations said we're going to need for 3D walking, much less running or climbing. In addition to making the motors stronger, we considered the possibility of increasing the ab/ad range of motion as well. The motor upgrade part was pretty straight forward. We just had to modify the larger motors to fit the existing actuators and redesign a few parts of the existing body to fit around them. Simple stuff. The real fun began after they were mechanically installed. 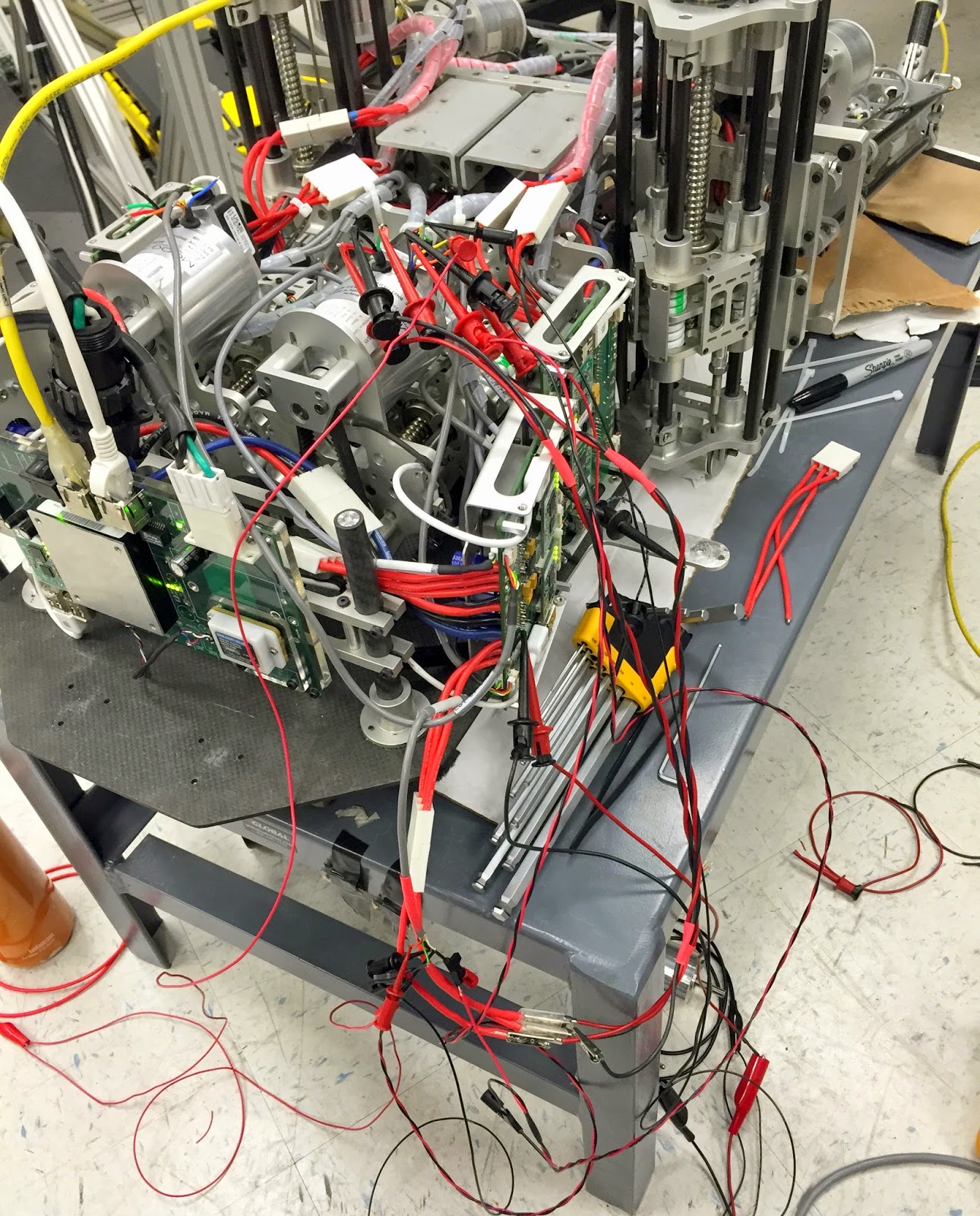 For some reason, the commutation on the new motors was different than on the old ones. Since we don't have complete electrical schematics for Hume's onboard controllers, a bit of guesswork was involved to get them running, especially considering that we couldn't do normal open loop speed control; Hume's electronics just don't provide that option. After connecting everything in every possible combination (three power leads, three hall sensors, 72 possible configurations, 69 of them wrong), and nothing working, we started running all the diagnostics on our microcontrollers and found that the raw data from our torque sensors flat out made no sense. We were getting nothing but spikes. So we disassembled most of the rest of Hume's torso, realigned everything, and found that the initial wiring configuration was perfectly correct; the problem was in the mechanical disassembly/reassembly. Hooray. 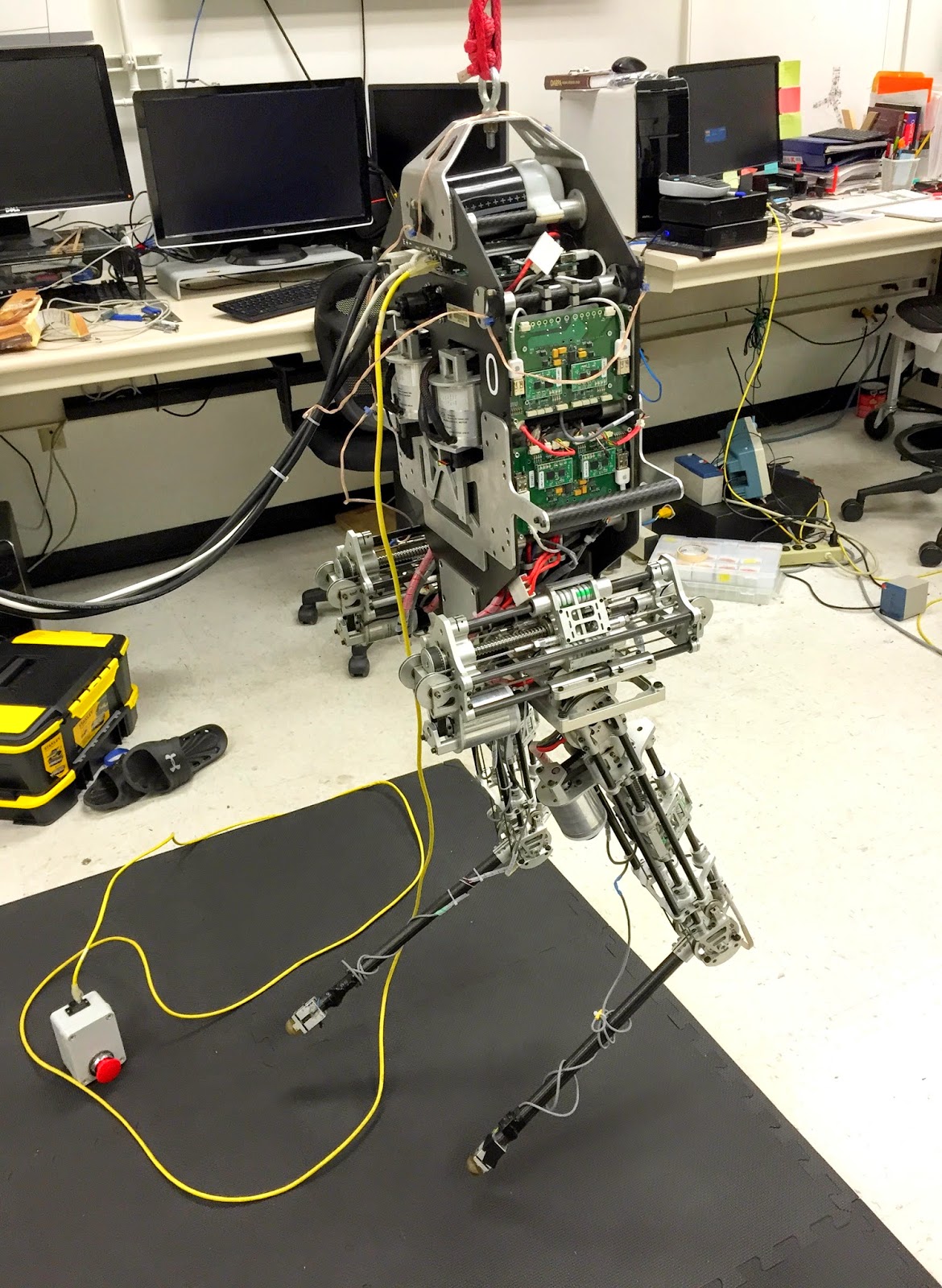 So here is upgraded Hume, free to roam the prairie in 3D, just as soon as we get all those pesky controls figured out.
actuators Hume Robots